Mark Arnold has been an active church musician for most of his life, currently serving as Director of Handbell Ministries at the First Baptist Church of Keller TX. He is a graduate of the University of Kansas, with Bachelor’s degrees in Music Education and Music Theory and advanced study in Computer Science. Mark’s professional experience includes many years of directing handbells, teaching school orchestras, leading adult and children’s choirs, playing horn in community ensembles, and an occasional gig playing bass in jazz or rock groups. In addition to leading workshops and clinics, he has published arrangements for both brass and handbell ensembles. In his “spare” time, he manages software development projects for a major North American transportation provider. Mark and his wife, Robin, have three grown children and reside in Fort Worth, Texas. 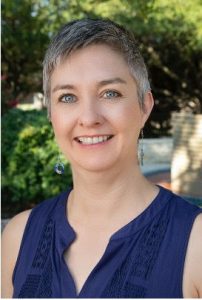 Stephanie Rhoades is Worship and Music Coordinator and Handbell Director at Preston Hollow Presbyterian Church in Dallas, Texas. Over the past twenty-five years she has served as Minister of Music in several churches in the Dallas area, directing vocal and handbell choirs of all ages and starting several handbell choirs for children and adults.

She is the Conductor and Artistic Director of Concert Bells of Fort Worth, an auditioned community handbell ensemble known for its accurate and expressive performances. They have performed during several national events sponsored by Handbell Musicians of America, most recently in 2015, when they performed one of the featured concerts during Pinnacle.

With a reputation as an effective and engaging teacher, she has been a clinician and guest director for numerous workshops and festivals across the US. In the past few years, she conducted two events for Handbell Musicians of America: the All-Star choir at National Seminar in July 2018, and Distinctly Bronze East in February 2020. She recently conducted the intermediate and advanced divisions at the Area 1 Handbell Festival in Hartford, CT, and was one of two conductors to represent the US at the International Handbell Symposium in Nashville, TN, during the first week of August 2022.

In addition to her work as a conductor and clinician, she has served on numerous local and national boards, including the Greater Dallas Handbell Association, Area 9 of Handbell Musicians of America, Dallas Chapter of Choristers Guild, and Handbell Musicians of America. Before focusing on conducting, she spent many years behind the handbell tables, including ringing in the Dallas Handbell Ensemble under the direction of David R. Davidson. 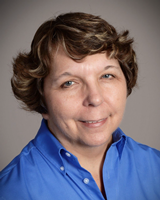 Sandy Milner is the Director of Administration for Restore Hope Ministries, a non-profit organization in Tulsa where she has worked for twenty-nine years. Sandy holds a bachelor degree in business administration. In her spare time, she knits, crochets, attempts to quilt, takes harp lessons, and plays handbells – a lot! Sandy has been a member of Tulsa Festival Ringers since September 2008 and is currently serving as president of the organization. She has played handbells in her church, First United Methodist Church in Broken Arrow, since 1991 and has directed the children’s handchime choir. Sandy is also a ringer for First United Methodist Church (Tulsa) and has substituted for University United Methodist, Arrow Heights Baptist Church, and Memorial Baptist Church. She currently resides in Broken Arrow with her husband, Matt, and their cat, Orson. Since their two children live on opposite coasts, they remain in Oklahoma to be halfway in between the two! Sandy is always looking for opportunities to share the music of handbells with others. Diana Montgomery has been an active handbell musician for more than 20 years. She has served as the director for a children’s handbell ensemble since 2001 and now also directs the Chancel Bells at Chapelwood United Methodist Church in Houston, Texas. In addition to handbells, she has served as the assistant organist since 1987. In 2019, Diana also became the director of the Brookwood Handbell Ensemble, a 15-member handbell ensemble founded by Linda McKechnie at the Brookwood Community, a residential community for disabled adults in Brookshire, Texas. Diana is the secretary on the board of directors for the Greater Houston Handbell Association. She has a degree in music education from Bowling Green State University in Bowling Green, Ohio, with emphasis in flute and organ.
Diana is a licensed CPA and retired from her full-time accounting work in 2017. She now devotes her time to music, family and volunteer activities. A member of Handbell Musicians of America, she previously served a term on the Area 9 board where she helped organize two Spring Rings in west Texas, arranged and served as the clinician for a fall Boot Camp and reading session, and assisted in organizing Area 9’s first national anthem ringing event in 2016. She has organized two other workshops in Lubbock with nationally known clinicians and attends events around the country to further her own skills in directing and ringing. Passionate about all things handbells, she has begun working with friends to establish a community handbell ensemble in Lubbock. 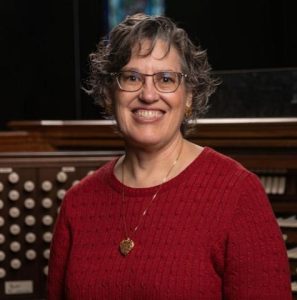 Dr. Patricia Nelson is a life-long music educator working with students from Preschool through Adults. She has taught public school music, private piano and organ lessons, worked as a choir director, coordinator, organist and academy director in churches in Texas and taught at the university level in Texas, Georgia, and Oklahoma. Patty holds a valid all-level music teaching certificate in Texas and is Orff certified. She currently serves as Associate Professor of Music Education at Oklahoma Baptist University, where she teaches Worship Studies, Music Education, and Fine Arts, and directs the University Ringers handbell choir. Patty is a current member of the Area 9 board, where she serves as the Education Chair. Kari Daelke is a graduate of Valparaiso University (Indiana) and began ringing handbells in 1980 at the suggestion of her sorority big sis. That experience developed into a lifelong passion for ringing that has included concert tours; ringing in church and advanced community groups; and attending many area, national, and international ringing events such as Loire Valley Handbell Festival in France, Distinctly Bronze, and the Inaugural UK Bronze (England). She currently rings with Concert Bells of Fort Worth and serves as Vice President. Kari also rings and helps select/coordinate repertoire for the Glory Ringers at King of Glory Lutheran (Dallas). Professionally, she is a full-time graphic artist / pre-press manager at Rapid Reprographics in Dallas. 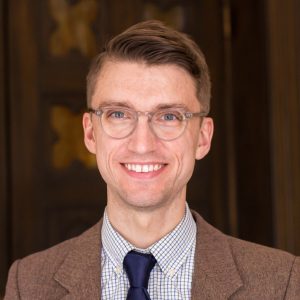 Stephen Wurst serves as the Associate Director of Music Ministries at McFarlin Memorial United Methodist Church in Norman, Oklahoma. His duties include overseeing the handbell program which currently has six ensembles. He directs three of those ensembles. He began ringing handbells at Concordia University Wisconsin and enjoys directing and ringing with groups of all ages. He is currently a Doctor of Musical Arts candidate at the University of Oklahoma, pursuing a degree in Organ Performance. He enjoys arranging music in his spare time. 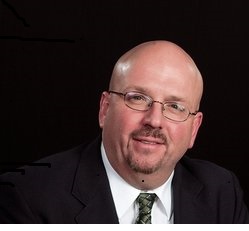 John Staton has been directing handbell choirs for 25 years. He has spent a good many of those years analyzing the differences between his training and experiences as a band director and the correct way to rehearse a volunteer handbell choir. He was director at Linwood United Methodist Church in Oklahoma City for 6 years. For the last 19 years he has been the handbell choir director at Quail Springs United Methodist Church in Oklahoma City where he also serves as staff accompanist. For 25 years he was in charge of the choral/vocal/elementary departments at Pender’s Music Company in Oklahoma City. He considers his deskside chats with fellow church musicians as they shopped one of his greatest resources for professional development. Since retiring he has been privileged to have time to ring with the Oklahoma City Handbell Ensemble, another great learning experience. His favorite hobbies are flower gardening and crossword puzzles.

Brittney Axton is a graduate of Baylor University where she earned her Bachelor’s of Music degree while ringing for seven semesters with Baylor Bronze.  She began ringing bells at the age of 10 when she was handed a single bell to help fill in the melody line.  She continued to play handbells at First United Methodist Church Claremore, Oklahoma where her love of handbells grew and flourished.  While in college, she had the chance to attend College Ring-in, oversee three 12 bell ensembles at First Methodist Waco’s South Campus during COVID, and assist the full bell choir at First Methodist Waco’s South Campus.  She currently rings with Concert Bells of Fort Worth, Chancel Bells at First Methodist Mansfield, and subs with various choirs around the Fort Worth area. On top of her love of handbells, Brittney coaches gymnastics in Keller and serves as a substitute throughout Keller ISD.