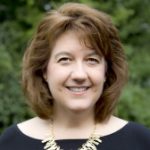 SANDRA EITHUN, M.M.Ed–is a graduate of Silver Lake College in Manitowoc, WI, with an emphasis in the Kodály teaching method, keyboard, and flute. She is currently on the faculty at Holy Family Conservatory of Music in Manitowoc, WI, leading the handbell program there. She served as Director of Music Ministry, handbell director, children’s choir director, organist and choral accompanist at First Congregational United Church of Christ in New London, WI, from 1992-2021. She directed the Silver Lake College Handbell Ensemble from 2009-2020, is an active member of the Handbell Musicians of America and has served on their Area VII Board of Directors. She has been commissioned to write music for many events and for numerous individual handbell ensembles. Most recently, she received the honor of being given the esteemed Donald E. Allured Original Composition Award for the 2020 Week of Handbells in Bay View, MI.

She has over 500 pieces for handbells in publication as well as several sacred keyboard books and teaching collections for the incorporation of handbells in the music classroom. In 2013, Sandra had the honor of working alongside Doc Severinsen and the Fox Valley Symphony to include handbells in his holiday show, Jingle Bell Doc, at the Fox Cities Performing Arts Center in Appleton, WI. Sandra’s compositions have been recently featured on the PBS Christmas special, Holiday Handbells, as well as concerts by noted groups across the country including The Raleigh Ringers and The Bells on Temple Square in Salt Lake City. She continues to work as a handbell clinician and conductor at numerous festivals and workshops throughout the United States. She has four grown children and currently resides in Appleton, WI. 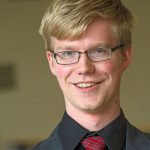 MITCHELL EITHUN is a church musician with a passion for hymns, justice and community. Aside from arranging and composing handbell music (with about 40 published pieces), Mitchell is interested in developing innovative rehearsal techniques and writing about the history of church music. Mitchell has served as a handbell director, children’s choir director and a campus ministry worship coordinator. Mitchell holds a B.A. in Mathematics and Computer Science and a minor in Music from Ripon College (Ripon, WI) and an M.S. in Computational Mathematics, Science and Engineering from Michigan State University (East Lansing, MI). You can find him at mitchelleithun.com. 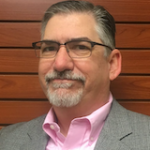 MARK ARNOLD, Area 9 chair-elect, has been an active church musician for most of his life, currently serving as Director of Handbell Ministries at the First Baptist Church of Keller TX. He is a graduate of the University of Kansas with Bachelor’s degrees in Music Education and Music Theory and advanced study in Computer Science. Mark’s professional experience includes many years of directing handbells, teaching school orchestras, leading adult and children’s choirs, playing horn in community ensembles, and an occasional gig playing bass in jazz or rock groups. In addition to leading workshops and clinics, he has published arrangements for both brass and handbell ensembles. In his “spare” time, he manages software development projects for a major North American transportation provider. Mark and his wife, Robin, have three grown children and reside in Fort Worth, Texas. 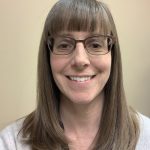 AMY BOWDEN lives in Norman, Oklahoma, where she is the Music Administrative Assistant/Financial Assistant at McFarlin Memorial United Methodist Church. She started playing handbells in middle school at Central United Methodist Church in Albuquerque, New Mexico, under the direction of Gail Downey. Since then she has been a part of several other bell choirs at Trinity Hills UMC in Lexington, Kentucky, at First UMC in Richmond, Kentucky, and at University UMC in San Antonio, Texas. Since moving to Norman she has been in several handbell choirs at McFarlin UMC for more than twenty years. 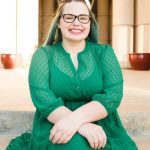 MEGAN COREY is the handbell intern and a youth ministries intern at McFarlin Memorial United Methodist Church in Norman, Oklahoma, where she rings in five of the church’s six groups. She began ringing handbells in fifth grade and is now a college senior. She has participated in the National Youth Honors Handbell Ensemble under the direction of Kevin McChesney five times and was awarded the National Youth Handbell Musician of the Year in 2016, her first year to attend. 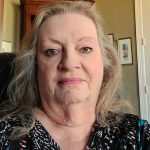 DELLINDA EBELING is the current Chair of the Area 9 Board and is the director of Bells Gloria at Second Baptist Church in Lubbock and founding director of Lubbock Concert Bells. As a prior at-large board member she helped organize Area 9’s first national anthem ringing event at a 2016 Texas Rangers game. She has organized other workshops in Lubbock with nationally known clinicians and attends events around the country to further her own skills in directing and ringing. Dellinda graduated from Texas Tech University and Texas Tech School of Law and has been an attorney in private practice for over 44 years, specializing in Child Protective Services cases. She and her husband Bobby enjoy spending time with their daughters and triplet granddaughters in addition to their church activities and traveling. 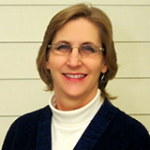 PATTY HIGHLAND has served in Austin area churches for almost 35 years and currently serves as the Associate Pastor and Director of Music Ministries at Lake Travis United Methodist Church, in Austin, TX. Patty began ringing handbells over 40 years ago. She currently directs both choral and handbell ensembles and is an accomplished pianist. She has accompanied school choirs, instrumental and vocal soloists, and has played for ballet studio classes. Patty is a founding member of the Austin Handbell Ensemble, and she serves as the board past chair of Handbell Musicians of America, Area 9. She holds music degrees from Furman University and The University of Texas at Austin. 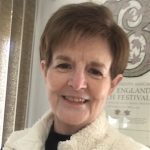 BETH JUDD has been active as a handbell clinician and conductor since 1985 and was the conductor for Distinctly Bronze West 2021 and DB East 2015, the premier ringing event of HMA. She served as national Music Chairman and later as President of AGEHR, and also as president of the Greater Dallas Handbell Association, Secretary/Treasurer for Area 9, Associate Conductor of the Dallas Handbell Ensemble, and the first conductor and artistic director of Concert Bells of Fort Worth. Beth retired from active music ministry in 2013 and enjoys volunteering at First Presbyterian, Austin, and Hospice Austin. 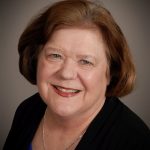 VENITA MacGORMAN is a retired church musician and music educator who has learned a great deal from the children in her groups. Understanding that children learn best from experience, she has collected and developed a large collection of games for presenting and reinforcing musical concepts. Her two handbell method books, “Basic Training for Bells” and “Basic Training 2: Rhythm Training for Ringers” are published by Choristers Guild. She has led workshops on children’s choirs and ensembles, teaching music literacy, rehearsal methods, and the creative use of handbells in worship for both the Handbell Musicians of America and Choristers Guild. She has served Area 9 as Chair, Past Chair, Oklahoma Representative, and is currently Educational Activities Chair. Venita currently directs a community handbell group, the Oklahoma City Handbell Ensemble, and is very active in the Oklahoma Native American Flute Circle. 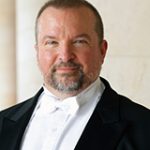 GREG PYSH, Area 9 board member, has served as Minister of Music for First Presbyterian Church in Midland TX, since 1996. He has served as the coordinator of the West Texas Handbell Festival every year since its inception in 2001. His handbell compositions, which include “God Rest Ye Merry, Gentlemen”, “Pat-a-pan”, and “Fum, Fum, Fum” have been selected for the catalogs of publishers since 1988. In addition, he serves as book review editor for the American Choral Directors Association professional publication, the Choral Journal. He and his wife Kathy have two adult children. 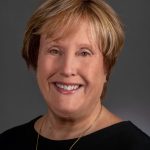 SONDRA TUCKER is Handbell Editor for Alfred Handbell, a division of Jubilate Music Group. She is a retired church musician, but still plays organ and flute as often as she can. She writes for handbells, organ, wind instruments, and choir, but only occasionally at the same time. She has taught and conducted at local, denominational, and Guild events, and served on the Area 9 and Area 6 boards of HMA. Sondra lives in Houston with her engineer husband and knows much more about the lubricants industry than any musician ought to. They share their home with three Wayward Dogs (Carly, Rumor, and Dalton) and a cat named Dave Meowthews.